The 2018 Honda Civic Sedan is now available in Meridian, MS at Meridian Honda. Featuring aggressive body lines and an athletic profile, the 2018 Civic is sharp, sporty, and sophisticated, offering newly available premium features for a more convenient and comfortable in-vehicle connectivity experience. The new features include Apple CarPlay and Android Auto compatibility, as well as SiriusXM, HD Radio, and Pandora capabilities. These new additions make the Civic highly competitive in its segment.

The 2018 Civic Sedan is powered by a robust, yet efficient 1.5L direct-injected engine that delivers a thrilling 174 horsepower and 167 lb-ft of torque. A Continuously Variable Transmission (CVT) is offered on the EX-T trim and standard on higher trims. The Honda Sensing suite is again available on all trims and standard on the Touring trim. The suite includes advanced driver-assistance systems like Forward Collision Warning, Lane Keeping Assist, and Road Departure Mitigation.

The 2018 Honda Civic Sedan is available in five high-value, feature-packed configurations. From premium comforts to smart technology and connectivity, the Civic offers plenty of features to enhance the driving experience and make life easier and more intuitive behind the wheel. We’ve listed the 2018 Civic Sedan configurations and features below. 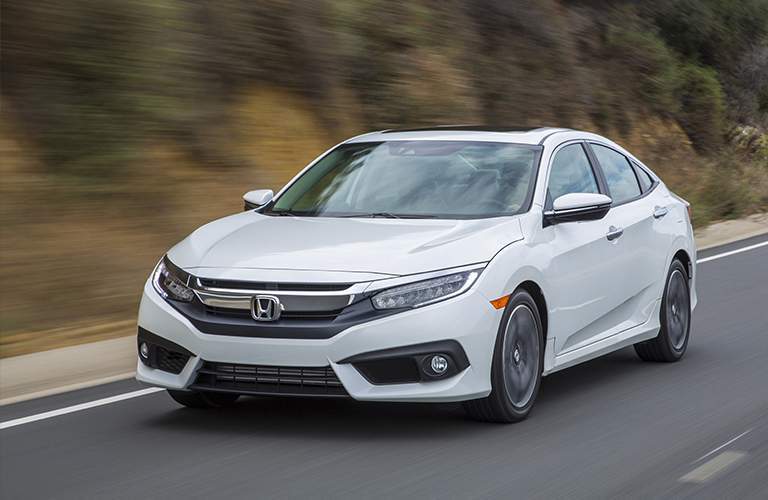 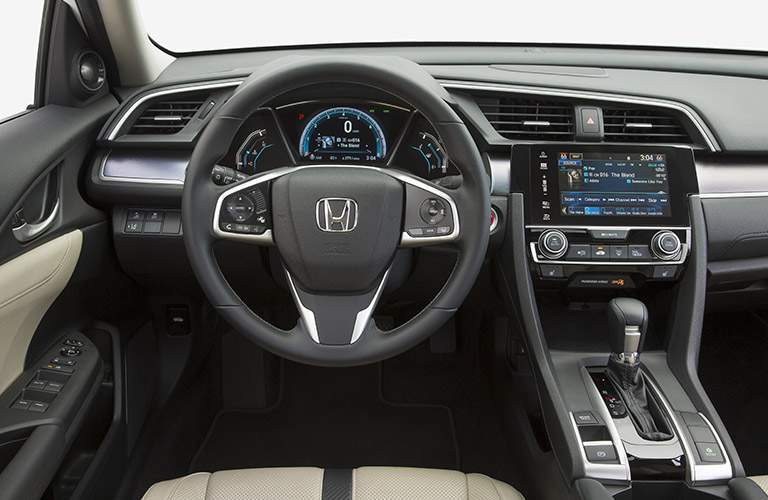 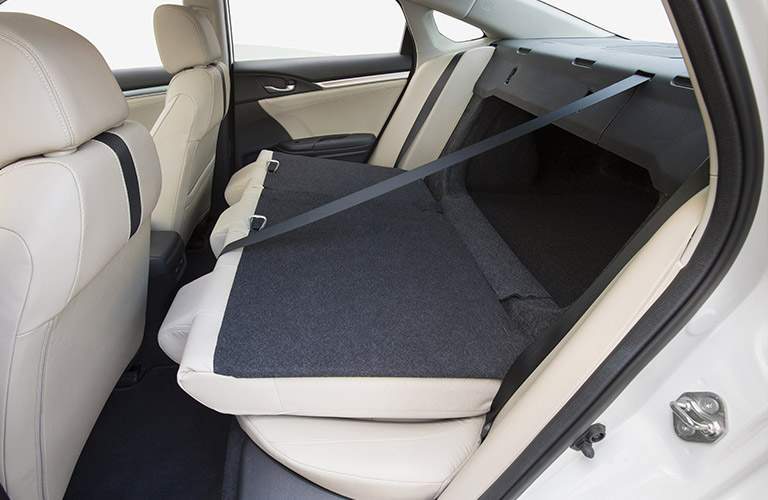